- September 23, 2016
Earlier in the year we bought some Dutch Honeysuckle which is now in bloom.  Instead of growing it directly up the fence we have grown it away from the fence so that it gets rain water.  We have achieved this by using two narrow fence posts placed in the ground parallel to the fence using fence spikes and attaching a trellis panel across the two posts.  This has created a two meter planting screen for climbers.

Hopefully in a few years the climbers will fill the void in between the trellis and the fence and sustain nesting wildlife, honeysuckle also attracts moths. 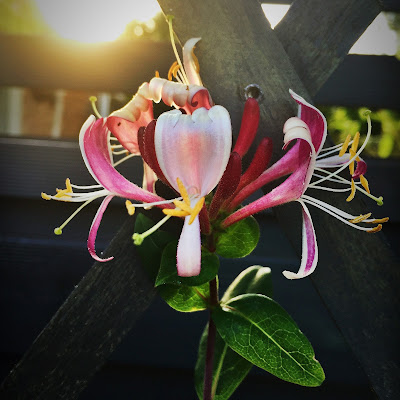