- July 01, 2017
Having just returned from a pleasant few hours spent at the Dorothy Clive Garden in Shropshire I couldn't wait to tell you about it. (free for RHS Members and a very respectable £7.50 entry).


The garden operates as a charity and is set within the Shropshire countryside.  It has views of Willoughbridge Bogs, and several farmsteads that surround the garden on different sides.


On arrival in the carpark we were greeted by a friendly attendant who took our entry fee and gave us a brief and interesting synopsis to the garden.  We learnt that it was originally a field that was purchased by Colonel Harry Clive for his wife Dorothy to enrich her life whilst she suffered from Parkinson's disease.


Following her tragic death just a couple of years later the owner continued to work on the garden for several decades.  The Trust that run it today expanding the space to the 12 acres that we now see.


You also receive a map of the garden listing the main attractions and showing the layout/pathways within the space, the map also has a Plants and Wildlife Trail on its reverse which is great for big and small kids alike. 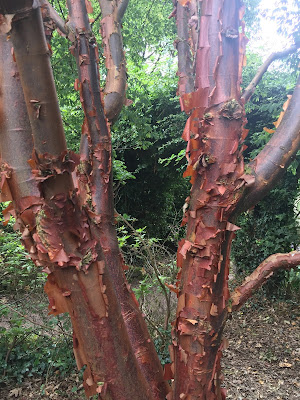 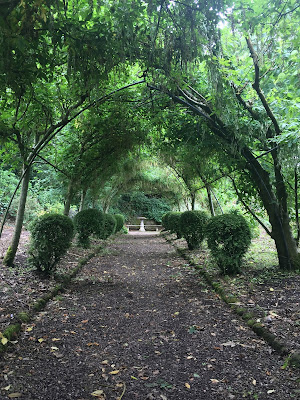 Stunning bark from an Acer Griseum which was great to see in the flesh having read so much about them whilst researching trees for our own garden.  Unfortunately we visited just after the end of the flowering season for the Laburnum so missed the sight of the Laburnum Arch in full bloom. However, just  the sheer scale of it and the balance in its design and mirroring in the planting was good enough for us.

Memorial benches can be found around the garden as can trees that have also been dedicated to lost loved ones too.  This fits with the original sentiment that was the driving force behind the design of the place. 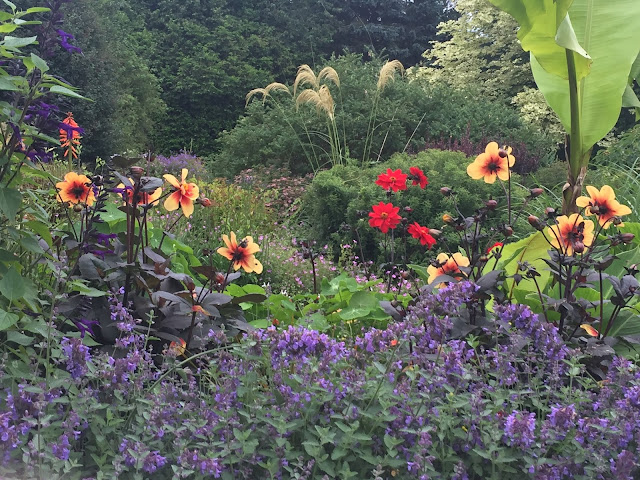 You can definitely feel the love in the garden with the wide and elegant borders heaving with layered perennials and architectural plants thrown in for stature and drama. Such a nice change from the usual restrained palette we often see.  You will see so many colours rampaging through the beds together and it just seems to work. 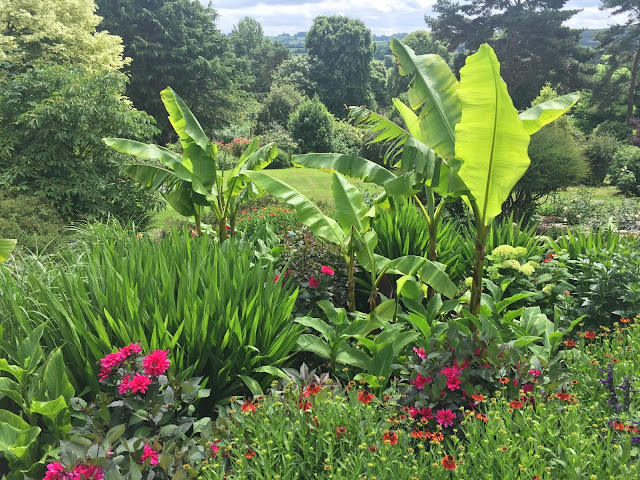 Going against our usual pattern of dashing around we spent a good three hours here enjoying an alfresco lunch with this view - who wouldn't want to take a moment to soak up that lush vista.

You can also check out their blog here to give you a taster of what to expect and the work the team are carrying out in the grounds.
Visits