- October 25, 2017
Traditionally, seed sowing happens in Spring in this country and plants go in the ground after the last frost (usually the end of May) and before that in a Cold Frame.  However, breaking all these rules we are giving Autumn sowing a go as its relatively quiet in the garden now.

Also I have had a disaster this week. The Pachysandra Terminalis has wilted.  All the information I could find wasn't particularly clear and buying specialist products to deal with the problem sounded expensive.  As we edge increasingly towards organic gardening the thought of using chemical solutions sounds horrendous, I occasionally feel guilty when I sprinkle blue slug pellets on the ground. So I just cut my losses and binned most of it.

As it's not nice to write about horticultural failures lets focus on the positives.

It has been an extraordinarily sunny October day, tee-shirt weather in fact. 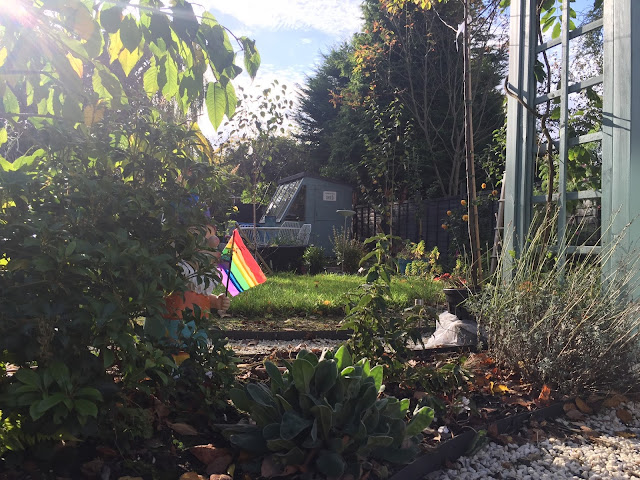 I have taken this opportunity to do some jobs around the garden but also to chuck some moist seed compost into five trays and scatter the seeds of 3 types of Helenium (Helena, Hoopesii and Goldfield), an Oriental Poppy (Coral Reef) and a nice white Foxglove (Alba - obviously) onto the surface and covered with a scattering of compost prior to placing the lids on them. 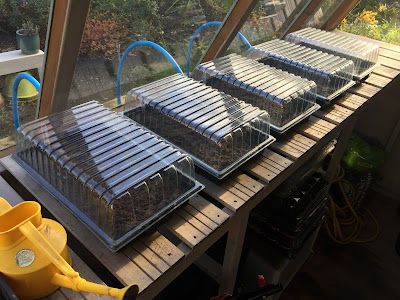 Actually while i'm thinking about it, the Helenium seeds were from a website called Seedaholic, an independent company based in Ireland.  I was so happy about the way the seeds were packaged  that I have attached some pics. 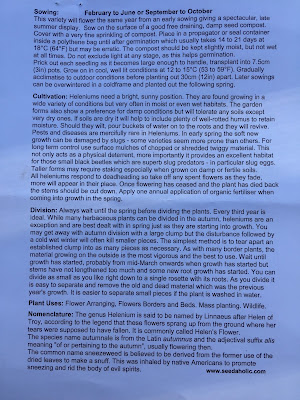 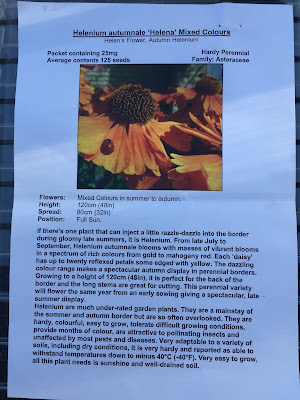 Wow - an unexpected and immensely useful information sheet attached to each seed bag. 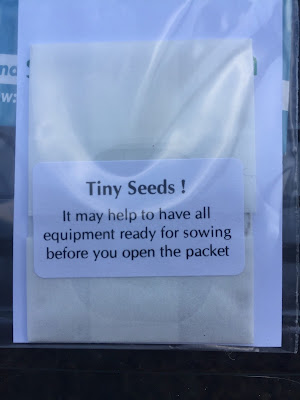 That note which revealed itself on the back of the seed packet was a nice surprise - quite sweet really.  A nice touch and a company we are sure to use again.

Anyway back to the job at hand, with a bit of luck we'll have some successful germination in the next 3-4 weeks and this will balance out the earlier epic-disaster.
Plants Projects