- October 01, 2018
I finished work early today (thank you flexi-time), to get home and into the garden as I wanted to finish this project that I began last week.  This is a nice idea for autumn (not mine admittedly) from the RHS magazine.  It involves planting shade-lovers in the empty space beneath a garden bench.

Here is the bench made by my own fine hands last summer. It has become a place to dump empty pots and for lots of different types of weeds to establish themselves.  It is situated in-between the raised vegetable border, potting shed and stump border in the background giving it shady and sheltered attributes - it's also used as a bench being a nice private spot in the garden. 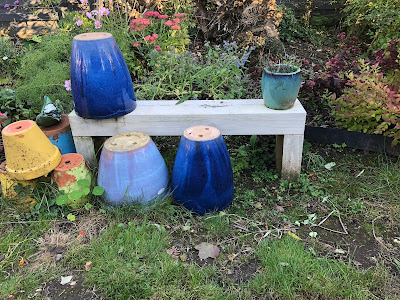 Last week I cleared the area, weeded by hand pulling up couch grass and nettles, following their roots in the soil to get as much out as possible and into the green bin.  Then followed a bit of a workout with a Dutch Hoe to rid the space of all other unwanted growth taking care not to damage the self-seeded verbena bonariensis. 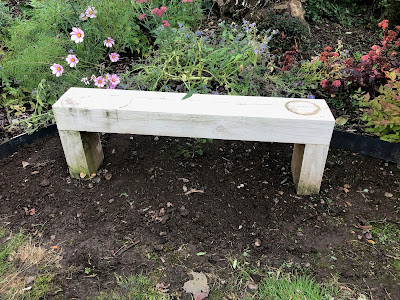 Today the soil has been worked over with a garden fork and homemade compost has been introduced and dug into the soil to improve drainage and boost nutrients. 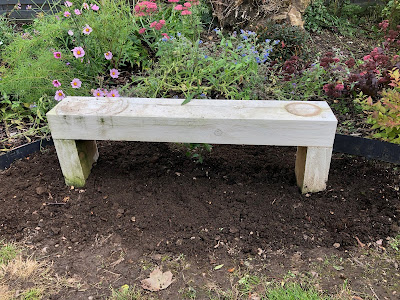 And there we have it, carefully planted up with some shade-loving ferns and heuchera's relocated from a sunny spot and some silvery lamium to eventually bridge the gaps, its been fed and watered well.  Whilst it doesn't look much at the moment I have learnt that this time next year It will be bursting with colour and texture. 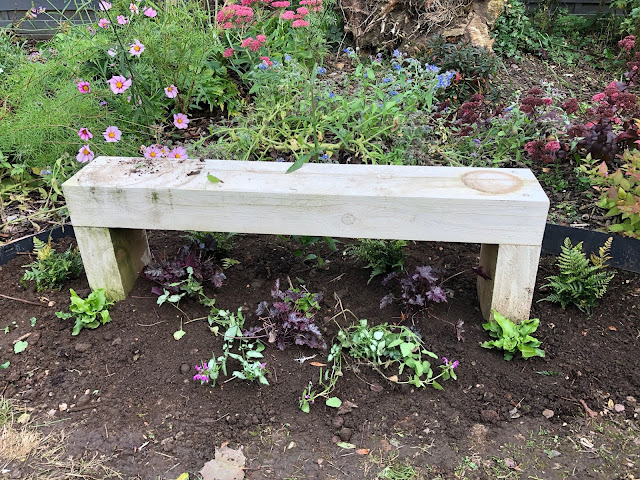 Eventually a brick path will pass in front of this space and I will look forward to the plants spilling out over the sides to soften the straight lines.
Design Plants Projects