- April 03, 2019
With an explosion of activity, April has begun  As soon as the clocks went forward and I gained a few extra hours of daylight I got to work.

First off was making use of some dead space in the potting shed by adding shelves:


Next was weeding some of the couch grass from around the wildlife pond.  There are signs of life in the pond with my army of gastropod destroyers.  I have begun preparing the new cut-flower bed where amongst others, cosmos-a-plenty will be positioned.  A trench where the garden isn't flat has been dug to accommodate a new dividing fence in front of the native hedge.

The look I am trying to achieve here with the fence has been tested out too prior to digging the post holes:


The potting shed has been filled with potential plants and vegetables for the allotment, I am also hoping to gain some globe artichokes from seed to plant within the flower borders this year, amongst the sunflowers, rudbeckias and gaillardias we also have fennel, sprouts and beetroot seeds germinating: 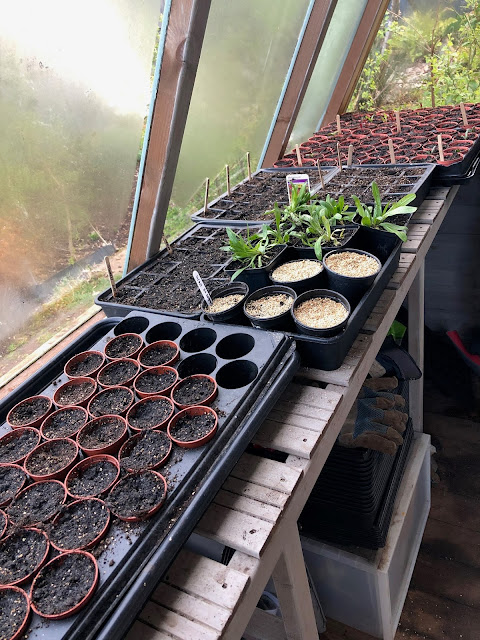 The log-pile has been rejuvenated with willow sticks from the allotment pushed into the gaps: 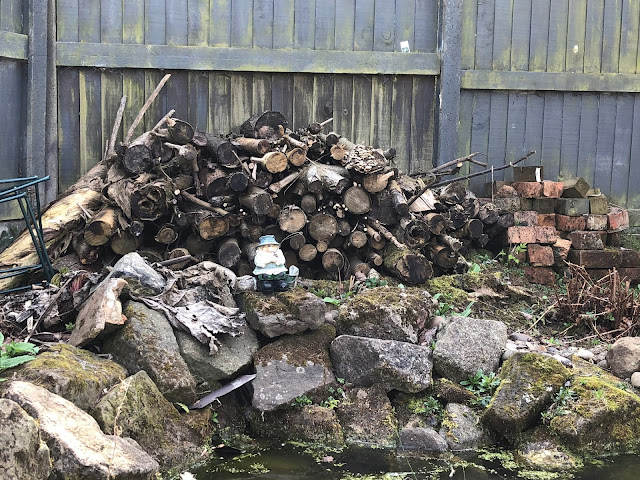 A couple of items have been relocated to their permanent homes, the Gingko biloba 'Variegata' has been relocated a third time to its new home in full-sun and the gorgeous Beesia calthifolia that I have been after for a couple of years into full-shade:


There is still a lot to keep me busy over the next month, my mission is to fill the house with germinating flower seeds and to use up all of the half-open seeds: 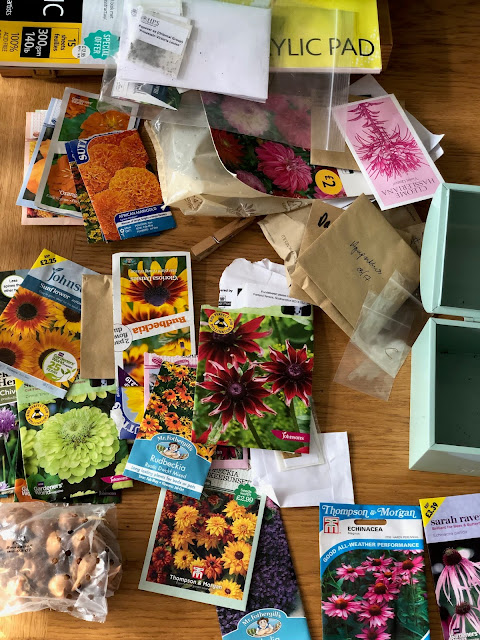 All things considered I am happy with the progress made and the direction the garden is going in.  Not looking too shabby at the beginning of the new month: 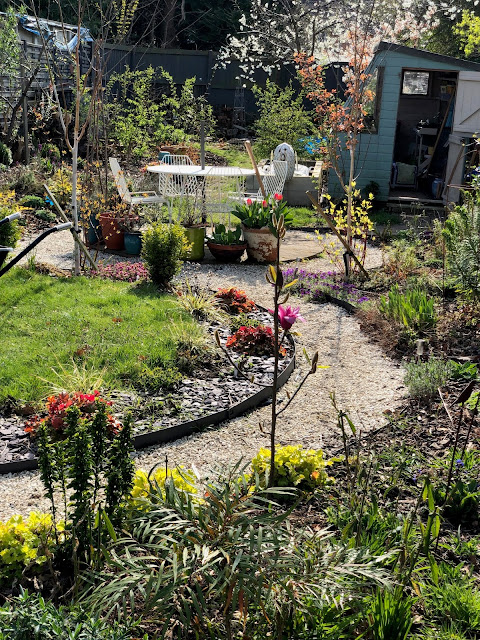