- August 04, 2017
Cutting back the Dame's violet and Foxgloves from beneath the Willow has opened up a whole new area that needs planting up with some robust evergreens.  We need plants that do well in neutral clay that is well-drained.

This aspect is in partial shade and we would like to create an evergreen area beneath the branches of the tree that fills the void and splits one room within the garden from another.


Here is the border in its current state. 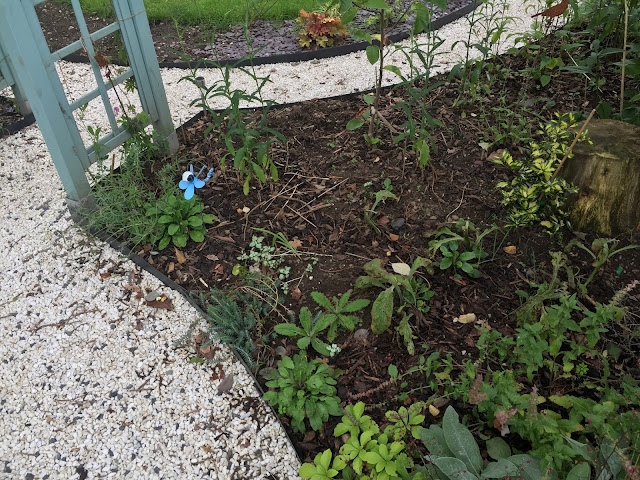 And now prepared for planting by removing spent foxgloves, weeding, tidying up some of the perennials, raking and forking through the soil. 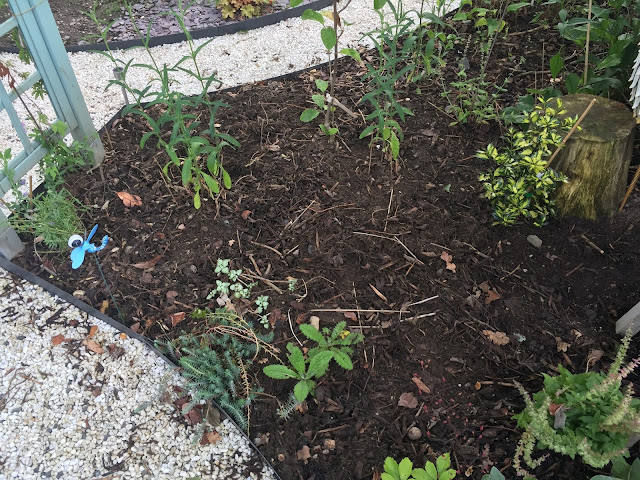 I was inspired by a packed border in an NGS front garden in Bournville recently.  I noticed that the owners of the Mediterranean inspired garden had used evergreens with similar foliage leaf shapes and heights which provided harmony to the area.

The plants we have chosen are a blue/green Hebe rakaiensis that we are relocating from another border due to the surrounding plants encroaching on it, a zesty green mound-forming Hebe vernicosa to be placed in front of the Holly (that I was raving about a few weeks ago) and the firm structure of Euonymus japonicus Green Rocket.  All these have similar leaf formation and will compliment each other well.  We also have the Magnolia vulcan in this border which again has this elliptic leaf shape.  To add something different to the centre a Mahonia soft caress is being removed from its pot, the yellow of its new foliage and winter floral display will compliment the variegation of the holly.

Here is the border planted up, fingers crossed everything establishes quickly and healthily!