Showing posts from April, 2019
Show All

Focus on the Wildlife Pond 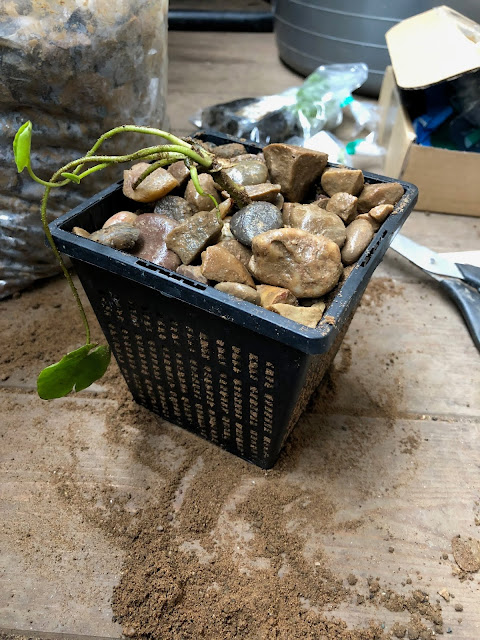 Whilst Storm Hannah battered the garden I donned woolly hat and escaped to the Potting Shed for an hour to pot-up some new plants I had taken delivery of. What I thought had been a year and turned out to be 18 months ago, was my last refreshing of the Wildlife Pond.  Since then this area has grown attracting much diversity to the garden. Unfortunately, Algae has made its unwelcome entrance over the last month.  As the surrounding trees regain their foliage and welcomed shade returns, I hope this is a short-term problem.  In the meantime I have introduced a barley straw bale to the water, its job, according to the Inter-web, is to suppress the pea-soup appearance.  However, this in itself is rather unsightly.  A careful clean-up of the surface has been undertaken avoiding the numerous tadpoles wriggling in sheer excitement at the pond margins.   New additions to plant-life include: Dryopteris Wallichiana - favourite fern species  Geum rivale and G. 'Pink Frills' - l
Post a Comment
Read more 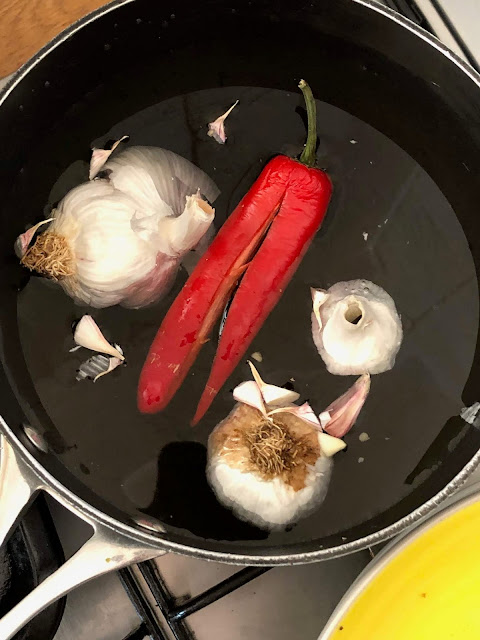 As well as growing garlic in the veg border this year (to give the soil a rest from the usual potato crop), i'm also trying it as a gastropod deterrent in my battle to grow perfect hole-free Hosta's. I'm using Nematodes around most of the garden, apart from the wildlife pond where the frogs will take care of things for me, so i'm using this on the pond marginals in the short-term.  2 crushed garlic bulbs and a sliced chilli in 1 litre of water & boiled for 10 minutes A recent trial of other home remedy's by the RHS found no evidence of success when using copper tape (used, expensive, fiddly and lacks durability), egg-shells (never tried, who eats that many eggs?), wool pellets (look absurd in the garden centre so never even purchased) and grit (tried, believed it worked, I was wrong). A 1 litre spray bottle Another way of avoiding slug and snail damage would be to rip everything out and replace with items from this list that are less susceptible
Post a Comment
Read more 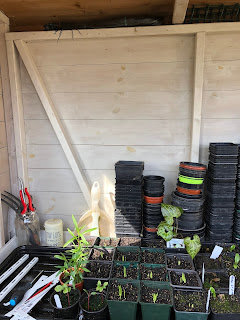 With an explosion of activity, April has begun  As soon as the clocks went forward and I gained a few extra hours of daylight I got to work. First off was making use of some dead space in the potting shed by adding shelves: Next was weeding some of the couch grass from around the wildlife pond.  There are signs of life in the pond  with my army of gastropod destroyers.  I have begun  preparing the new cut-flower bed where amongst others, cosmos-a-plenty will be positioned.  A trench where the garden isn't flat has been dug to accommodate a new dividing fence in front of the native hedge.   The look I am trying to achieve here with the fence has been tested out too prior to digging the post holes: The potting shed has been filled with potential plants and vegetables for the allotment, I am also hoping to gain some globe artichokes from seed to plant within the flower borders this year, amongst the sunflowers, rudbeckias and gaillardias we also h
Post a Comment
Read more
More posts