- August 20, 2018
Two gardens spring to mind with the mention of Madeira aka 'Gods Botanical Garden'; Jardim Botânico and Monte Palace.

Both can be accessed by cable-cars.  Monte Palace is at the top of a diagonal ride which carries passengers 3,200 metres up above the capital Funchal (the name has origins in Fennel).  The structure has a similar height to the 5th tallest building in the world!  Whilst  the angle of the dangle is quite extreme at times the whole experience is both smooth and exhilarating. 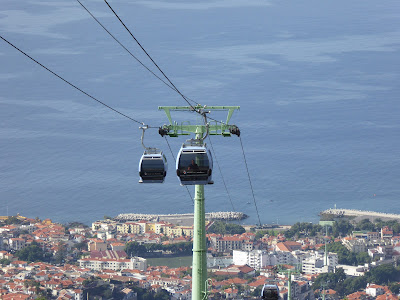 The construction is an incredible feat of engineering and one that I was totally transfixed on especially the tall green towers that hold the whole thing up.  I loved it so much that I dragged my height-challenged partner on it twice during our vacation :)

Once at the top you are greeted with the entrance to Monte Palace Tropical Gardens. 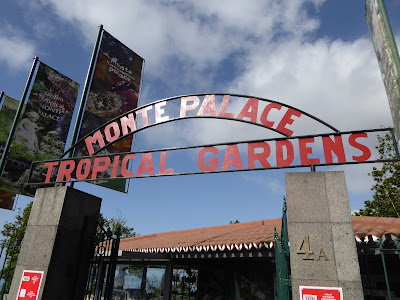 There are 4 suggested routes around the walled space taking between 20 minutes (Guided trolley service) and 2 1/2 hrs (Flora and Fauna route).  We initially chose the longest one as it included Madeiran wine tasting along the way - which is a win-win situation.

As we made our way around the circuit, the trunks of native Firetrees, and Palms from China and Mexico captured our initial interest.  There are also native trees from the Canaries and Madeira here (Azorean candleberry, Besom heath)

Lush plantations featuring Agapanthus, Ferns, Crocosmia and Hydrangea macrophylia grow from the acidic volcanic rock. The various accents of green complimenting each other as we followed narrow and winding walkways down into the depths of the space stopping off at various vistas to enjoy the views and unconventional seating. 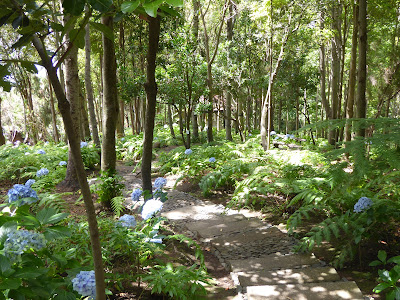 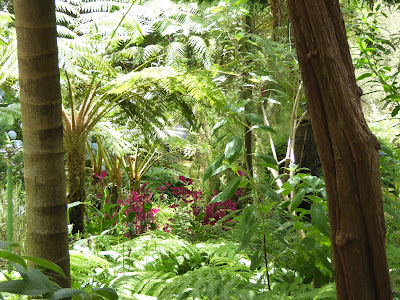 Other areas follow themes popular in other gardens we have visited such as the Oriental garden, and the ornamental lake. Unique aspects include Portuguese arches and doorways set within the flora and a stone fountain reminiscent of an Indiana Jones adventure. 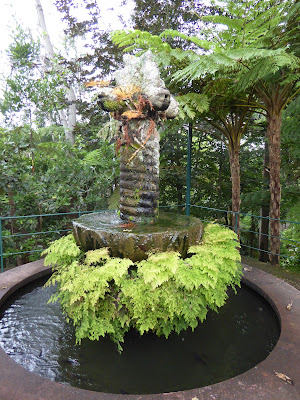 Overall we spent a good 6 hours here having coffee and lunch in the on-site restaurant near the entrance beneath the canopy of a 1,000 year old Olive Tree.  The 70,000 square meters deserved much more of our attention than one visit could yield so we ended up visiting twice during our stay. Our second visit followed an alternative route through the middle taking in the arts and crafts and the Monte Palace Museum which complement the lush greenery. 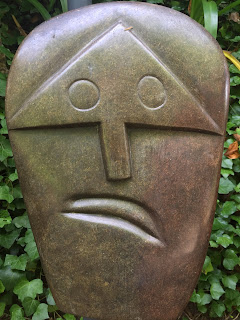 The Botanical Gardens are reached by a cable-car that feels decrepit in comparison to the Monte Palace vehicle.  Whilst a shorter horizontal journey, the cars travel over a deep mountainous ravine.  The ground, trees and all below seem so far away like Lego bricks - this is not one for the faint-hearted especially when there is a breeze.

The gardens themselves felt smaller than Monte and sparse in places a bit like visiting during the wrong season. What they were lacking in flora they gained in spectacular views over the capital, the marina and the North Atlantic Ocean.

Monte was a hard act to follow and had we not visited there before this garden we may have had a different impression.  However, the colourful flora alone was a delight whilst some of the compositions inspirational. 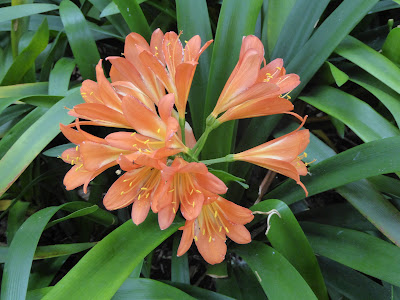 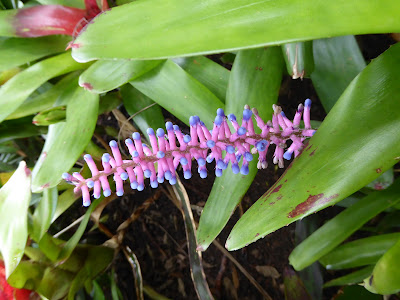 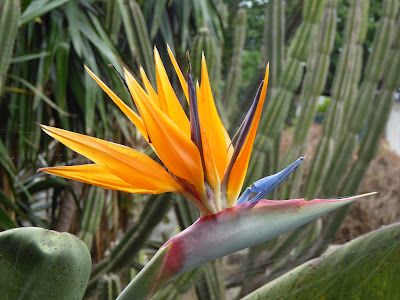 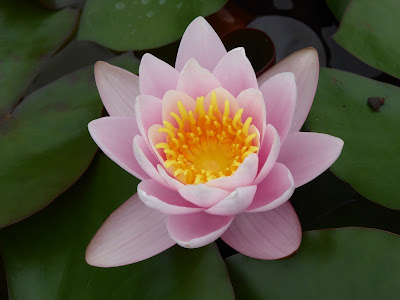 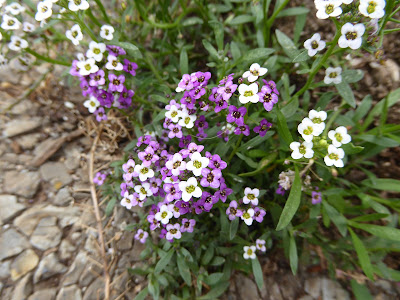 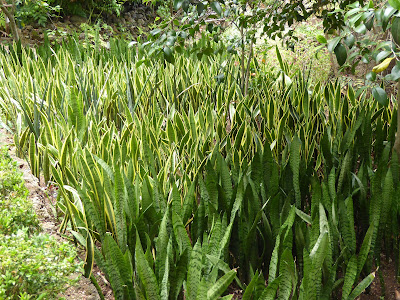